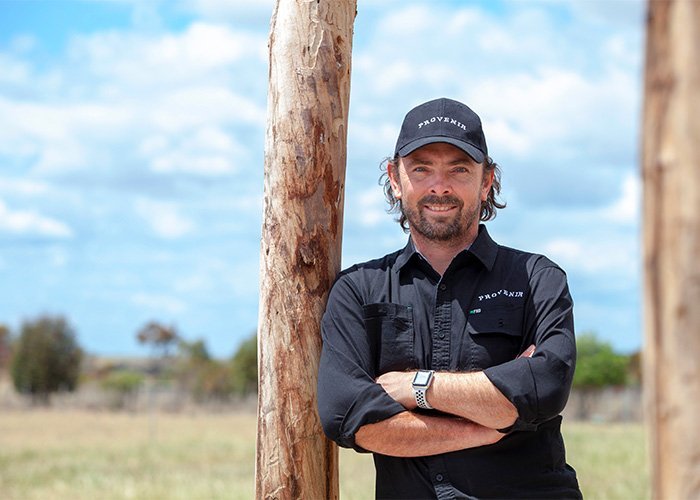 A Passion for Animal Welfare…

And producing the best quality beef led the founders of Provenir to develop Australia’s first, and only mobile on-farm abattoir.

Eliminating the need for live transport of cattle, Provenir’s commercially licensed mobile abattoir processes livestock at the point of production, on the farm where they were raised.

The resulting on-farm processed beef has been awarded Gold and Best in Class in the Branded Beef category of the 2019 Australian Food Awards (AFA). The AFA, conducted by The Royal Agricultural Society of Victoria (RASV), is Australia’s leading national fine food awards program, celebrating excellence and recognising the best Australian food producers across ten major categories.

The win for Provenir comes just two months after being granted a licence by the NSW Food Authority to operate the mobile, on-farm abattoir – the first of its kind in Australia.

In commenting on his own experience as a farmer and former corporate scientist, Chris Balazs, CEO and co-founder of Provenir, said:

“Farmers have always known about the superior quality of meat produced from livestock processed on-farm. Our team set out to improve animal welfare and offer all Australians an opportunity to experience the quality of beef, only achieved through on-farm processing.
Eliminating the stress associated with live transport to an abattoir is simply better for animal welfare. There’s plenty of scientific evidence to support the link between animal stress and meat quality too – being judged as the best and winning these awards backs up that science”

The judging panel for the AFA are carefully selected from across Australia and are engaged based on their exceptional industry knowledge and expertise. Further, the judging process is completely blind, with the panel unaware that the meat was from Provenir, nor processed on-farm.

Five criteria are assessed, with Provenir awarded the highest outright score in four of the five areas judged.

In commenting on the prestigious win, Christopher Howe, Chef and co-founder of Provenir, said:

“These awards are incredible validation and confirmation of what we, and many others have always known; that our unique on-farm process is not only good for animal welfare, it also produces exceptional quality beef – tender and tasty. But it’s the word ‘juicy’ that we keep hearing over and over from home cooks and chefs alike when describing their experience eating Provenir beef.”

“We just cooked scotch fillets and they were amazing. Delicious flavour but the biggest difference was the texture – soft, tender and cut like butter.”

Not a member? Register here

You don't have permission to register